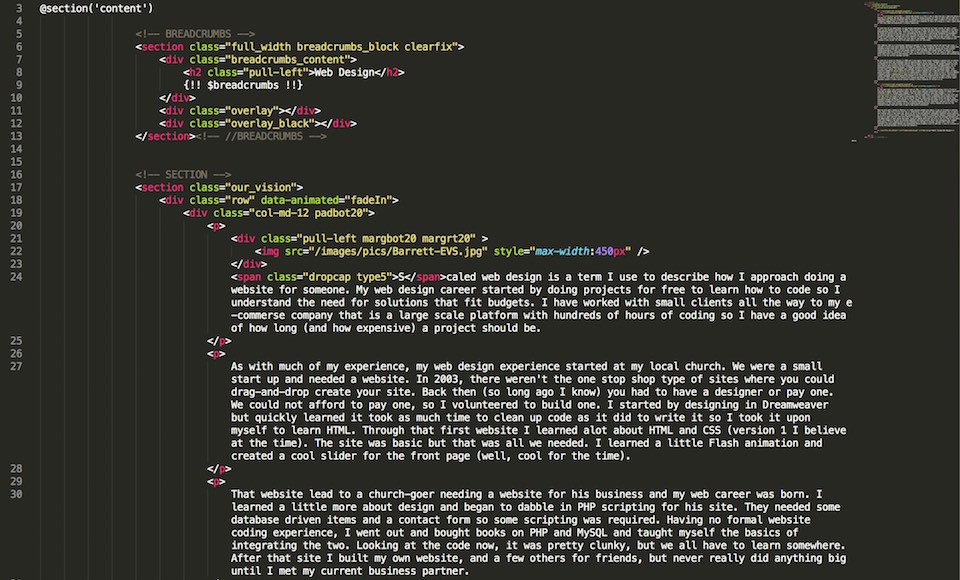 Scaled web design is a term I use to describe how I approach doing a website for someone. My web design career started by doing projects for free to learn how to code so I understand the need for solutions that fit budgets. I have worked with small clients all the way to my e-commerse company that is a large scale platform with hundreds of hours of coding so I have a good idea of how long (and how expensive) a project should be.

As with much of my experience, my web design experience started at my local church. We were a small start up and needed a website. In 2003, there weren't the one stop shop type of sites where you could drag-and-drop create your site. Back then (so long ago I know) you had to have a designer or pay one. We could not afford to pay one, so I volunteered to build one. I started by designing in Dreamweaver but quickly learned it took as much time to clean up code as it did to write it so I took it upon myself to learn HTML. Through that first website I learned alot about HTML and CSS (version 1 I believe at the time). The site was basic but that was all we needed. I learned a little Flash animation and created a cool slider for the front page (well, cool for the time).

That website lead to a church-goer needing a website for his business and my web career was born. I learned a little more about design and began to dabble in PHP scripting for his site. They needed some database driven items and a contact form so some scripting was required. Having no formal website coding experience, I went out and bought books on PHP and MySQL and taught myself the basics of integrating the two. Looking at the code now, it was pretty clunky, but we all have to learn somewhere. After that site I built my own website, and a few others for friends, but never really did anything big until I met my current business partner.

My wife and I moved to Phoenix in 2006 and I once again found myself building a website for my church. I had learned many new techniques and was getting better at my craft. Through a mutual friend, I was introduced to my current business partner and we began building websites. He needed someone who knew basic design and initially we built simple portal sites that were used for lead generation, but it eventually became something bigger. In 2008 we partnered with Create-A-Book to build websites to service their needs. The company uses regional sellers to produce one-off customized books. Their resellers needed an online avenue to sell their products beyond just trade and craft shows. We spent months building Savisites Savistores version 1.0. I built on top of the old CakePHP framework using a combination of open source and my own custom code to build the store. Utilizing a common codebase, each store gained the benefit of a large scale platform with a small scale pricing structure. This was my first venture into scaled web design. It felt good to be able to offer small business people a viable option without having to drop thousands of dollars on it.

I learned many lessons through version 1.0 of our stores: how to and not to code things, more efficent methods for scripting, and the PHP language much deeper. For a few years the stores worked ok, but growth in our client base combined with an aging codebase necessitated a new solution so in 2010 we began the process of building version 2.0. We abandoned CakePHP (as most of the PHP community was no longer using it) and adopted the Codeigniter Framework. This time we brought on a third partner to help with coding because we made the decision to start from scratch. Where as version 1 we built on an existing codebase, version 2 was built from scratch. I learned a ton about maximizing an ORM structure and integrating with a second developer. Versioning (using Git) and coding standards were a new concept to me as I had always done it myself. I also had to learn about managing my own LAMP stack as we moved to our own custom server for this version. We needed the additional horsepower and flexibility so I had to learn how to manage a CentOS based LAMP stack on a custom blade we leased space for in downtown Phoenix. Version 2.0 launched to a very positive response and our business grew.

SaviStores version 2 gave me a huge amount of learning and sklls advancement that began to open doors to build websites for other clients. I now had the efficiency and required skills to deploy high level sites for people. It as was around this time that Wordpress really began to gain traction and became a real option for running a full website rather than just a blog. I decided I needed to learn Wordpress and began by (once again) building a website for my church for free to learn the process. I very quickly realized how powerful Wordpress was because I could deploy a site and hand it off to someone else to manage. This gave me a powerful tool for scaled web design because I now could use Wordpress (combined with off the shelf tempaltes) and deploy quality sites for under $1000. The end client could manage their own content leaving their budget to pay for design and implementation. 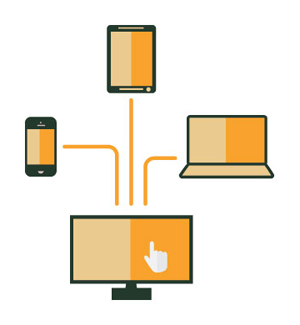 As all web designers know, the mobile revolution has thrown out the old entire design lanscape and ushered in Responsive Design. The abandoning of Flash and tables in lieu of CSS and DIVs meant I had a whole new langauge to learn so I began the learning process. A colleague of mine had a musician website that he wanted to make into a fully database driven site that was mobile friendly. I took the job and gave a steep discount in exchange for a long time table to be able to learn Responsive Design as well as the new Laravel Framework. It was becoming clear to me that it was becoming the new standard framework in the PHP world so the time was right to learn both. Over a six month period I built the Gigbreaker website. The site was built to be fully responsive as well as fully database driven. I used their existing design to build both the front end and a full admin section for their clients.

This project lead me to another client that was needing a fully rebuild of their website. IATSE Local 748 hired me to build a new custom website and it became my first foray into the Twitter Bootsrap framework. I started with a basic template design and integrated it into the new Laravel 5 framework. Over the course of a month I built a full admin section to allow their managers to edit pages and all aspects of the site. The site integrates shortcodes, full SEO functionality, and many other custom features I developed. Ironically, the success of this site was part of the impetus for me rebuilding my site. I had not updated my site since 2011 and it was clearly outdated. This site is also built on the Laravel 5 and Bootstrap 3 frameworks.

My next project is to relaunch my wife's consulting website with a new, fully responsive design as well as a client portal. In addition, I am in disucssions with Gigbreaker about new features and a possible new design. We are also in the final testing stages of launching Savistores version 3.0. As with versions 1 and 2, our needs have grown beyond the framework and we are building on the Laravel framwork. This has been an exciting project for me because I have been able to move into a managerial role rather than code development. When it launches, we will have a fully responsive admin section and brand new front end templates.